After releasing his first solo full length, Come Back To Life LP, featuring 37 musicians last year on Exploding In Sound, Dan Francia was left wondering what to do next. Still fired up on the possibilities of the extra-large collab, he decided to take the concept somewhere new– this time around, instead of having his guests overdub their parts, the collective would BE the album.

“Dust was created with a vision of complete improvisation. The only preconceived components were that The House of Oranges would play solely percussion instruments for the first track, exclusively instruments in the key of C on the second track, and use only their mouths on the third track,” reads the back cover of Dan’s new offering. Out to capture the raw energy of creation, there would be no rules, no rehearsals, no phones and very little discussed beforehand. To execute this musical trust fall, he first reached out to guitarist Devin McKnight– Francia envisioned a trio of two guitars to accompany him on bass and hand-picked a 12-piece ensemble entitled The House of Oranges to spontaneously perform three different movements.

The one and only album session was held last October in Sunset Park at the studio of Shea Stadium’s founder Adam Reich, who also fills out the trio on guitar. “The record was more about the experience of that night” says Dan afterwards. “I knew going in that this could be any kind of a record or no record at all and it didn’t matter.” To make sure the vibe was just right, he enlisted frequent collaborator Nora Dabdoub to co-produce the album, curate studio decor, visuals, and a guided meditation prior to recording.

“I think we were burning too much incense in the studio because my head kinda hurt the whole night. I wasn’t sure we were playing anything that great, but when the party started to die down Adam [Reich] played some of it back through the speakers…I was floored. We recorded a few hours of improv and it all sounded perfect. Wrong notes, people rustling around, it sounds like reality in music form, which was exactly what I wanted.”

In the end, Dan chose to use mostly first takes from the evening. “There were endless ways someone could have edited the session. I did a rapid edit one day and never looked back, sorta like how we recorded it”, completing the album in world record time.

On July 3rd, Dust will be the first release of 2020 on Shea Stadium Records.  All proceeds from the the album will be donated eternally to Black Lives Matter Foundation on behalf of Dan Francia, Devin McKnight, Adam Reich, The House of Oranges and Shea Stadium BK. The first $1000 raised will be matched by an anonymous donor. 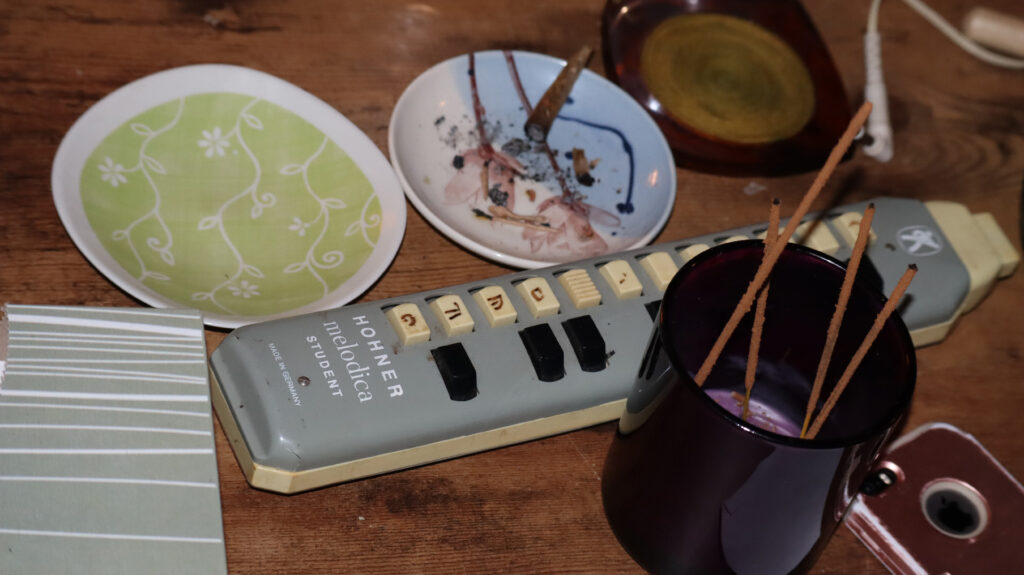